(This week's guest blog post is from Bethany Ellen Smith. She's given me permission to share her recent experiences in "Recycle and Repair")

"I like deals and world improvement, by way of correcting the half-assery of others who have more money than sense. I figure you all would appreciate what’s happened, here, more than most.

I super love the chicken and garden stuff that roostandroot.com makes, but I can’t pay for it. They are some really well-designed and solidly built cedar and welded wire things. They will last a lifetime, and make chicken keeping nicer than usual, if they are installed properly on a simple poured foundation, sealed, and well cared for. It’s that last bit that the Riches who CAN pay Roast And Root for their chicken coops (https://roostandroot.com/) never do seem to have interest in, after they shell out for that new price tag, and two weeks later their shiny new thing isn’t shiny and new anymore.

The things are very rarely for sale, secondhand, locally. I’ve actually bought the all three of the coops that I’ve ever seen listed, nearby me.

This year’s infrastructure project was adding two breeding pens to our “chickentown.” We already had the biggest walk-in coop, installed and upgraded nicely. Never a predator issue at all. They’re just the best, and in fact ONLY prefab hen coops that I’ve ever seen that are worth buying, at all.

When I arrived to collect the two new smaller hutches, they’d been incorrectly and incompletely assembled. They were haphazardly attached to one another, making the use of the vital feeding and watering components all but impossible, and intact transport very difficult. They’d been plopped in a nice muddy spot, with no foundation of any kind. They were rotting apart at the bottom, despite the cedar, and the poor bumblefooted hens hadn’t even been moved out of the mudhole. The divorcing sellers hadn’t even mentioned them. I don’t think anyone had even been at that house for at least a week or two, by then.

The hens were WILD from the obviously serial nighttime predator attempts on the coop, in the absence of humans, but it had held up. So they came home with us, too. I guess the plan was to just sell their coop and leave them homeless. Their ventilation hatches had been boarded up to promote respiratory illnesses, their water was poop soup, and their feed bins were full of nothing but green mold. The lady said they were so spoiled that they wouldn’t eat the rotten feed, anymore, but they laid lots of eggs. Of course the eggs that had been left in the mud for weeks were bombs, by the time we arrived to buy the coops. (Have I mentioned that half-assery is super popular here? I swear it’s like google isn’t even a thought, usually.)

We broke the nasty things apart in the 100* heat (god bless my poor husband), and loaded up the dying birds. It looked real goofy going down the road, but everything arrived intact, as far as that went with the condition of the things. We deserved tacos, and beer, that day.

It’s taken all summer to get them repaired and foundations poured. SO much bleach, y’all. I used them as an excuse to finally buy a concrete mixer - I did the four ton foundation for the big coop with a shovel and a wheelbarrow, and dear GOD, don’t do that shit alone. I finally got the second one sanded and stained yesterday. They look so much nicer, which is a small spot of brightness in the world as it’s become.

They were in REALLY weathered shape, even the parts that had been put together wrong or not at all. Cedar graying is fine and all, but a smooth sealed finish will last way longer than that. Not too much was missing, and I only had to fabricate a single run panel that had been twisted and warped beyond hope by the poor assembly. Guess who asked if any of the wire or wood was damaged before going to collect them, and was told an emphatic “no”?

All in all, if I’d bought these new, they each run $1500, normally. These are older styles, and design has been nominally improved over the years, but not in any major way. I paid $300 for both. Which was more than anyone else would have given the sellers, given how badly off they were.

The “free laying hens” have all survived their bumblefoot surgeries and are happy fat old ladies, now. None of them lay anymore after the long term neglect that shortened their lifespans so much, but I figure they deserve retirement after that treatment. I’m not a pot pie maker, with my spent layers, after their years of service, and figure them being out to pasture the most, until a fox needs breakfast for her kits, is just fine. 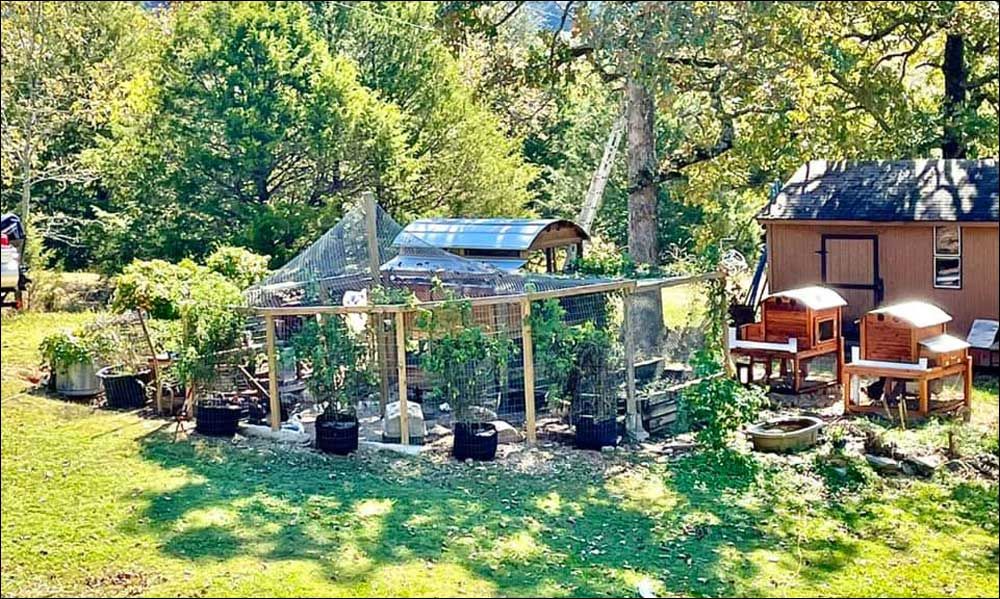 ---
ADMIN: Its nice to get a good deal on used equipment, and even better to put that used equipment to the purpose it was meant to. The last couple of chaotic years have seen many try and get into prepping, discover it easy as buying a few things, and then deciding it just isn't their thing.

You need knowledge, not just stuff. Green Wizards is here to give you that knowledge.

I don't know what's more jaw-dropping. Spending that kind of $$ on a chicken coop ($1500 each if I read this right!) and then not doing one darn thing to take care of them or the chickens?

What a story! So much jaw dropping from the dollars to the neglect.

If we had a little more space I would totally be into rehabbing coops. I keep telling Mr. KMA that this is a growth industry.