Saw this on FB recently. I don't know enough about horses (or other livestock) to know how true this is. Any ideas?

In medieval England, people consumed two to three pounds of bread every day. But their appetite for bread was likely nothing compared to that of medieval horses who, after a day spent lugging cargo at high speeds across the British Isles, would often devour coarse loaves of horse bread.

Today, feeding bread to a horse might seem like the whimsy of a sentimental pet owner. But in pre-industrial England, it was the best technology available for powering the horses on which English society relied.

Horse bread, typically a flat, brown bread baked alongside human bread, fueled England’s equine transport system from the Middle Ages up until the early 1800s. It was so logistically important that it was more highly regulated than its human counterpart, with commercial bakers adhering to laws dictating who could bake horse bread, as well as the bread’s price, size, and occasionally even its composition. The ubiquitous bread was made from a dough of bran, bean flour, or a combination of the two, and typically was flat, coarse, and brown.

According to some estimates, medieval horses consumed about 20 pounds of food per day. These huge animals were responsible for hauling people and cargo across England at high speeds. After a long haul, exhausted horses had to rebound quickly for another trip, so they needed carbohydrates and protein, fast.

Bread solved this problem in two ways. First, it saved time and energy because it was “pre-digested,” says William Rubel, author of English Horse-bread, 1590-1800, and a leading historian—and baker—of this functional bread. “Bread, where you’ve ground the food and baked it, pre-digests it, so you get more calories released more quickly.”

Second, horse bread concentrated, in a travel-friendly object, nutrients that owners would otherwise have to gather from vast quantities of grain and grass. “I am convinced that horse bread is a very reasonable solution for the ongoing problem of how do you feed your horses. They require a massive amount of feed and in a medieval economy, it must have been a logistical nightmare, especially while traveling,” writes Madonna Contessa Ilaria Veltri degli Ansari, a medieval reenactor who baked horse bread for her own modern-day horse based on ancient English recipes, in a paper on the topic. “I consider that horse bread is the period analogue for the pellets we use today.” 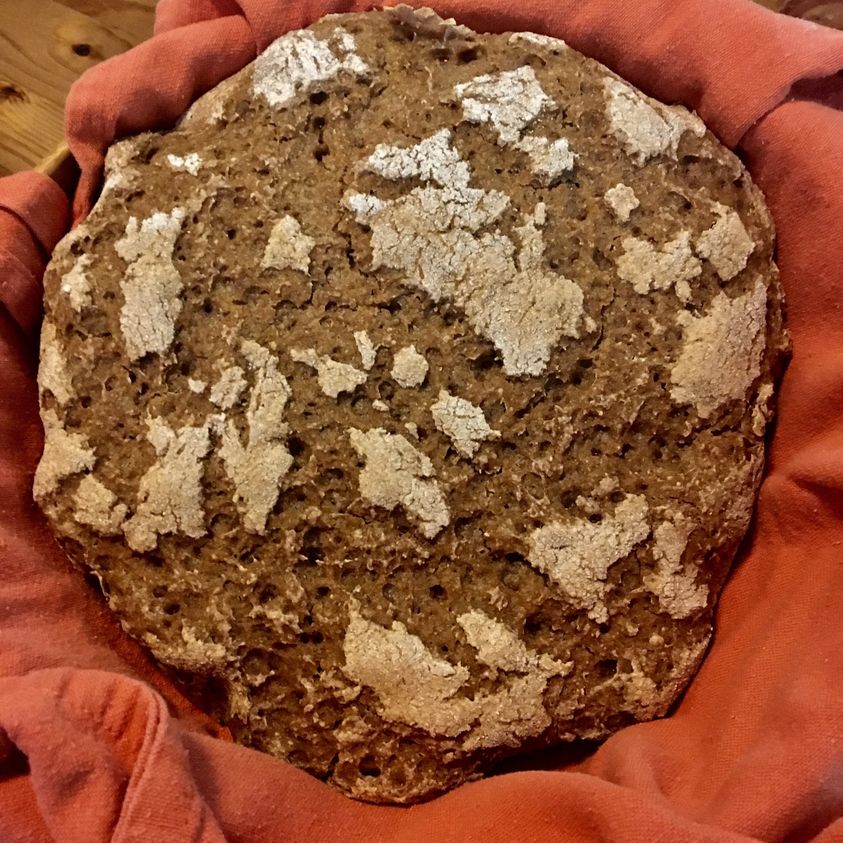 NOW you tell me!

NOW you tell me!
Why did you not let me know 5 years ago when I was inventing a portable horse feed mixture for my novel?

Sheesh! Now I have to go back and change all the references to my invented horse kibble. But I won't do it, so the issue is moot.

Thanks for letting me know that my inventiveness has some foundation in reality.