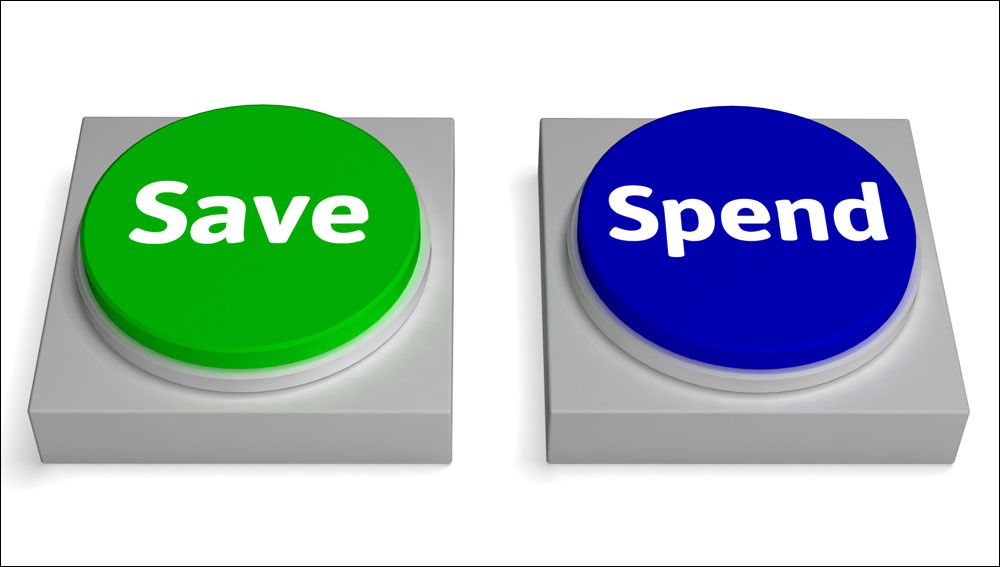 In John Michael Greer's "Green Wizardry", he introduces us to several basic principles, that taken together form a core of a new viewpoint, a way to look at the World and our place in it as we begin the Long Descent. The viewpoint of a "Green Wizard". The way we act in a World with limited resources will be vastly different from what has come before, an age of excess.

The difference between a "Fund" and a "Flow" is easily explained if you look at the two concepts as they relate to money.

We have examples of Funds all around us. The Lottery, an Inheritance, even our retirement accounts if we have them. A Fund is typically a set amount without an incoming addition. We can draw from it at different rates, as we choose, but once the Fund is depleted its empty.

A Flow on the other hand, replenishes on a certain time period. Money is made available to us, and that's all we get until the next period. Think your paycheck or Social Security.

Where many people run into trouble is confusing a Fund with a Flow.

As an example, suppose you get a call tomorrow. Its a lawyer and he tells you that old Aunt Edna, that one sister of your Mother who everyone thought the crazy cat lady of the family had died. Well, YOU always liked Aunt Edna, and seems she liked you, for he informs you she left you her estate, one of almost a million dollars. As you thank him and hang up the phone, thoughts of new cars and exotic vacations spin out in your head.

For most people, wealth like that, instantly given, leads them into making a terrible mistake. They go to the bank and withdraw a few hundred here, a few hundred there, buy this toy and that gadget. These small purchase don't seem to affect the total funds that much. Its still a huge amount. They get used to being able to count on that money always coming when they want it.

They confuse a limited Fund, with a reoccurring Flow, and spend it like the money will always be there.

The reality is eventually they will open a monthly balance statement and see a tiny portion of the original amount left. They will have spent it all and be lucky if they have anything real to show for it.

A smart person, given a windfall like this, will look for a way to turn the Fund into a Flow. One way is to invest that money into something which generates income. Stocks, rental property, and number of things, and then use the resultant income as a Flow, leaving the base Fund alone. A second way is to figure out how much of that Fund we can take out over the rest of our Life per month, then stick within that budget.

Living within the limits.

In a World Made Harsh we ALL must learn to live within limits.

Greer points out in his book "Green Wizardry", that while most people can readily grasp the example I just gave, it is when you ask people to take the same prospective that they view Funds and Flow with money, and apply it to their day to day energy useage, that the problem arises. People faced with the prospect of having to live within what renewable energy sources will supply will give you a dumb look and say "But, but, shale oil. Wind power. Nuclear....FUSION!!!!!!"

I do hope that Greer has it wrong and that the Racoon people of a million years hence actually do manage to create working fusion power and get off this rock and into the Stars. Neither you and I will see that though. The time we had excess energy to put to projects like nuclear fusion are rapidly drawing to a close. Even if it is possible, we just don't have the extra money to waste.

Half price tickets to the next hot concert are still not a bargain, if you are having trouble paying the rent or keeping the lights on. No matter how cheap they are.

Thing is for all the time humans have been on this planet, up until we discovered coal, then oil and the Industrial Age began, we lived within limits. While there were of course times when people found a Fund, a forest filled with trees, and proceeded to clear cut them down to exploit, civilizations that flourished learned to do so within the limits and within harmony with Nature.

It only we forget those limits, as we did with the Carbon Lottery of a half a million years of store sunlight, or when those limits change and we don't adapt to a new way of Life, as it did with the Mayans when their local climate could no longer support their way of Living, that we run right into Reality's cricket bat.

Kind of sounds like we're facing a similar situation, doesn't it?

Sounds familiar doesn't it. When talking to friends and family members. They were promised a shiny immortal cybernetic body when the Singularity happens and even if their homes are falling in on top of them because they can not afford the upkeep, by god, they want their shiny immortal body!

The Myth of Progress is strong. Unfortunately not as strong as cold hard Reality. No matter how much YOU want a world of flying cars and Rosy the Robot, get some good comfortable shoes. You're going to be walking alot in the near future.

See this is where you run into what Greer calls the "Power Rule".

Put it another way.

Imagine that Aunt Edna had not left us one bank account with a million dollars but instead being the crazy old cat lady she was, she left us one account with $250 thousand. Then ten with $25 thousand dollars, and finally a hundred accounts with $5 thousand dollars in them? And imagine she had made it a stipulation you had to go to each account personally to withdraw the money?

You would go to the largest first of course, working your way down to smaller and smaller accounts. Yet the cost to drive to each account is the same, only the return for each trip is less and less. That's where we are now, down to the hundred with a mere $5 thousand. If we extend the example further and further, into more and more accounts with less and less money in them, at some point it just isn't worth the cost to go get the funds. If she had left you another million, but spread out into a hundred thousand accounts of ten dollars apiece, it just wouldn't be worth it to go get the money.

Its the same with shale oil, and regrettably more and more other resources. Phosphate, water, and most especially oil. We are getting to the point where its not economical to extract them. It doesn't matter if we have another hundred years of oil in the ground or not. It wouldn't matter if we had a thousand years. If it costs more to get it out of the ground than its worth, it ain't coming out.

Welcome to a World with Limits.

How does this affect a Green Wizard?

Curious thing about limits. What might not be economical for large scales, is often very economical on a smaller more personal scale.

Take solar thermal energy to heat hot water. You know that old black tank on the rooftop. To set up a system to generate hot water for an entire apartment complex is expensive and depending on the money and resources available may not be affordable. Yet if I hang a black vinyl bag filled with water in the afternoon sun from the balcony rail for a few hours, then behold, I have a hot but short shower awaiting me when I get home from work.

Green Wizards learn how to live within the limits of the system. You might not be able to grow all your food, but a balcony of containers will push back the limits, help you survive.

Which brings us back to this month's lessons on Financial Health.

If I know I can expect to receive $1000 a month in Social Security in a decade when I retire, then learning now to live within that $1000 while making twice that at my work today means I have a cushion and a fall back when I make mistakes. Mistakes made when all I have as income is that $1000 will send me into homelessness and poverty. Using that extra income now to learn the skills and purchase the equipment I will need then will be critical.

If gasoline were ten dollars a gallon tomorrow, could you live? If not, learn now how, for its coming, as sure as death and taxes.

As we say, "Collapse Now and Avoid the Rush."